Cooperation with Other Bands and Crew

The Flawless Smile Tour was my first tour that had more than one band or artist on the bill: two co-headliners (Flaw and Smile Empty Soul) that altered the headlining position and two support acts (Code Red Riot and Worldwide Panic). Obviously, your own band and crew work together on a daily basis but it’s a totally different situation having multiple acts on tour. 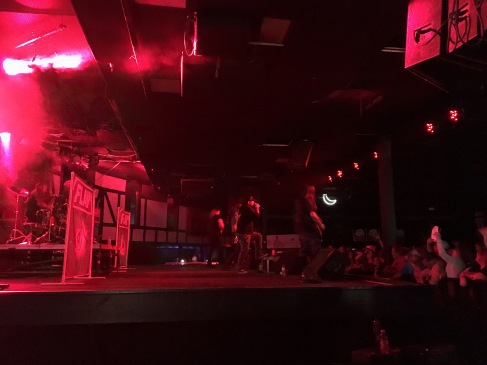 Flaw performing at Piere’s in Fort Wayne, IN

Smile Empty Soul at Hawthorne Theater in Portland, OR

A local act at El Corazon in Seattle, WA 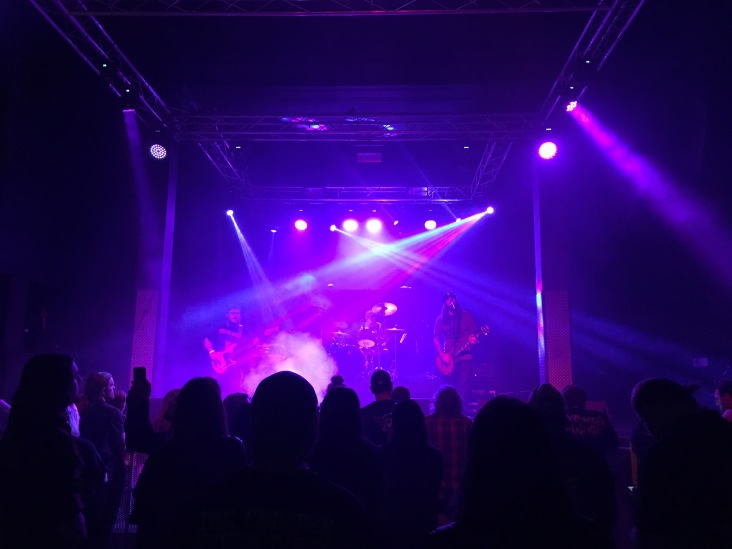 Smile Empty Soul at The Forge in Joliet, IL

Tour managing the underdog, the smallest band on tour, is different from working with more established acts that perform bigger venues. You can’t really learn it from a book but you have to adapt on the go. You have to respect the other bands and their crew, be humble and ready to learn from other, more experienced professionals. However, no matter the size of the band, cooperation, communication, and feedback between the touring musicians and crew is vital when working together on the road for a month.

Group picture in The Original Bar and Nightclub in Minot, ND 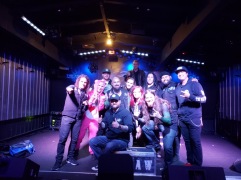 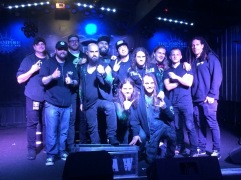 Just like people in general are different, bands and their crews are different and have different ways of working. Some headliners share their tour itineraries with the support acts, and some share partial information and let them figure it out themselves. Everyone takes care of their own crews first but also act as part of the bigger touring family and support each other when needed. Or at least that’s what happened with us and I’m very happy about that.

On a daily basis, I agreed on load in times, parking order and structure, green room usage, soundcheck times, merch setups, and more in cooperation with the other bands. I worked together with the other tour manager on stage management during shows. Naturally, all of this also included close cooperation and communication with the venue staff and technical personnel as well as any local acts.

Merch setups at The Forge in Joliet, IL 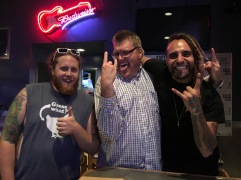 The Smile Empty Soul TM, a fan and the Flaw drummer 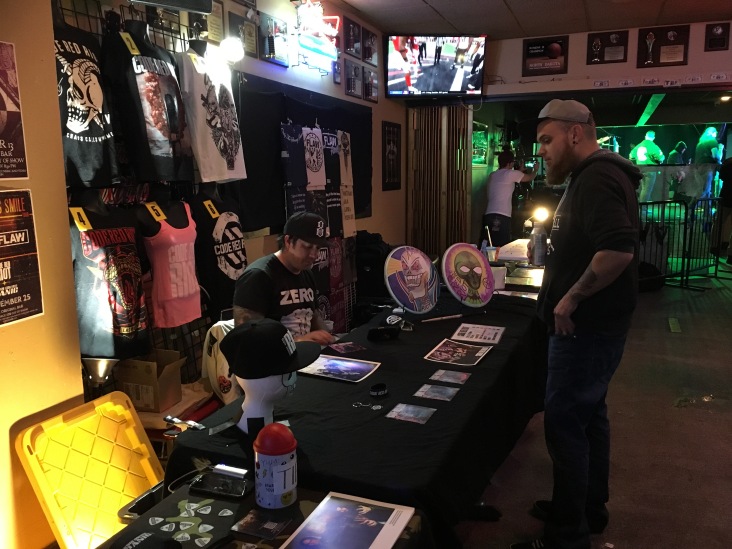 Merch setups at The Original Bar and Nightclub in Minot, ND

The bands and crew also supported each other on a more mental level. We always enjoyed the other bands’ shows and were there to cheer during their sets (and so did they). We helped each other with set changes and load outs to speed up the process, keep the time, and leave the venues faster to catch some more sleep. And exchanged band shirts to wear on stage and at venues to show support. There was also a lot of friendly goofing around. It helps if you’re being genuine and support each other from your heart as touring is also an opportunity to build professional relationships and make new friends.

It was Ty’s (Smile Empty Soul) birthday in Denver, CO

I got a little gift from Smile Empty Soul in Chesterfield, MI

The guys goofing around at Offsides in Woodstock, IL 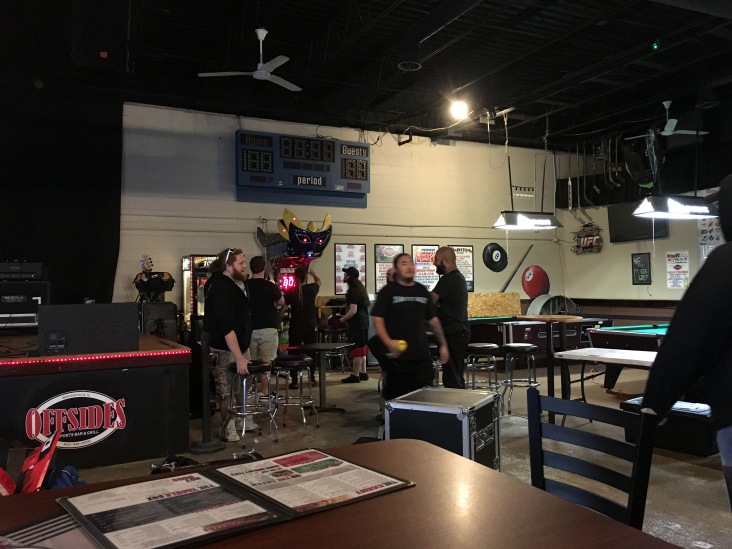 I have worked with all sorts of personalities on tour. Some want to keep the relationship on a more professional level and some are willing to get closer. All in all, being on the road together for a month usually makes people pretty relaxed around each other and they tend to bond with the ones they feel comfortable with. Touring is hard as it is but people supporting each other and being friends to one another makes it way easier and fun! Do you think touring personnel build different kinds of relationships than they would in other circumstances?

Selfie with the Smile Empty Soul drummer after the last show at Nightshop in Bloomington, IL

The tour managers at Piere’s in Fort Wayne, IN. Photo credit: Erika Pursiainen 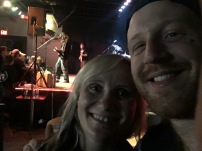 Group hug after the last show with Flaw at Empire Concert Club in Akron, OH

Group hug after the last show with Flaw at Empire Concert Club in Akron, OH