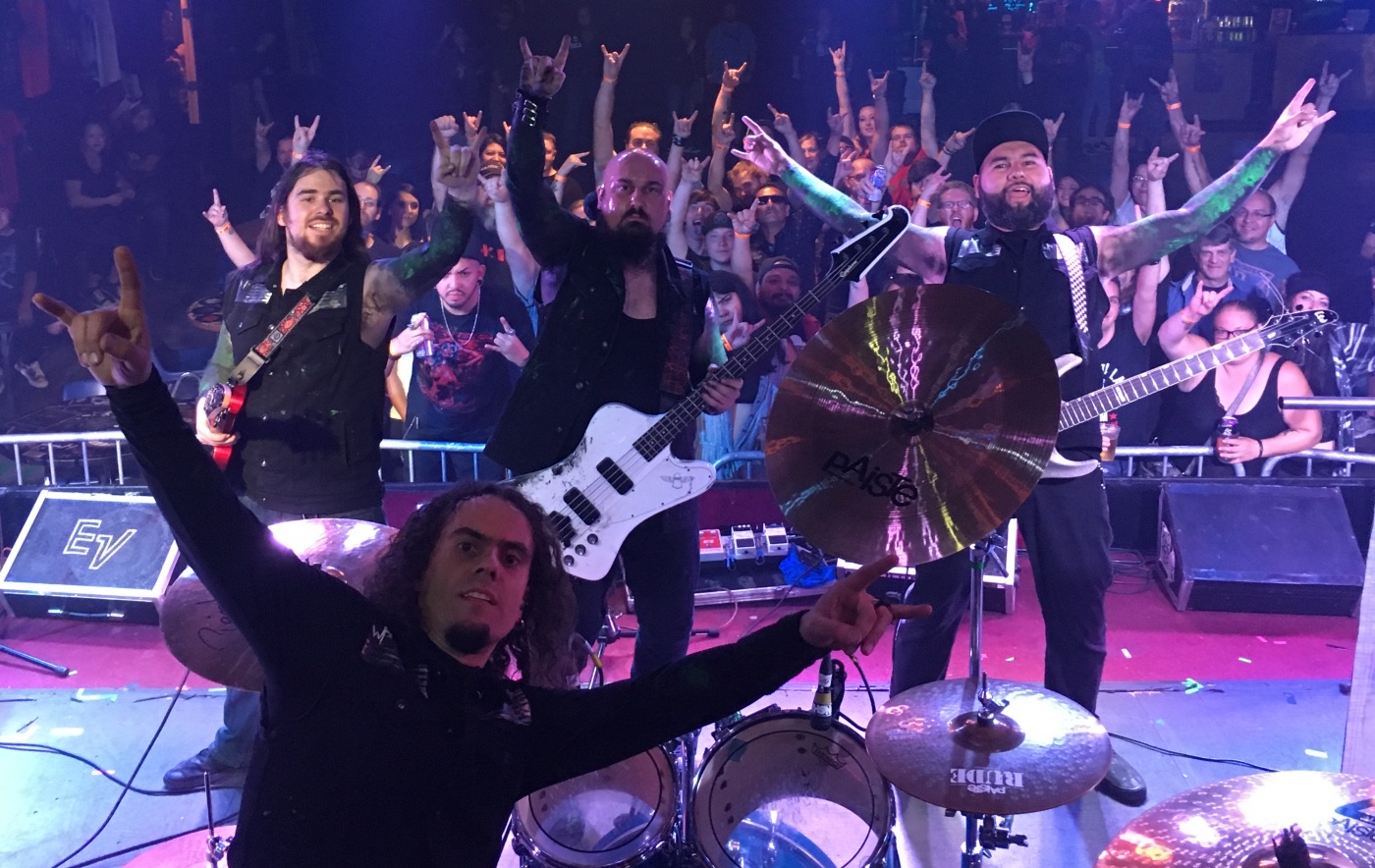 Tour managers, especially on smaller tours, often take the role of a “tour mom” or “tour dad”. In addition to making sure that everyone on tour is on task and where they’re supposed to be, tour management is also about keeping people happy. The job includes dealing with personal issues and emotions on a daily basis. At times, like being a real mom, it’s like babysitting, running after musicians and keeping them on track and out of trouble.

In general, I kept the band informed and updated about things they needed to know and didn’t burden them with issues they didn’t need to worry about. I wanted to ensure they were properly taken care of at venues, they got enough sleep, they ate, they weren’t too tired to drive, and they always had someone to talk to. Proper sleep is a luxury on the road and if the situation so required, I cut back on my own sleep and let the talent rest.

Sleeping is a luxury on the road. George Patmas passed out after the show in Bloomington, IL.

Sometimes you have to get the van checked early in the morning and let the band sleep.

I handled tour press relations together with the band’s publisher and organized any interviews at venues. Apart from press photography, I also took pictures and video of the shows for social media. I live streamed regularly and took pictures of the band with the audience from stage. I love watching people enjoying shows and capturing these moments and the interaction between the band and their fans was so much fun! 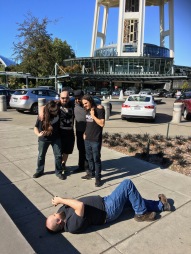 Interview with Bigfoot in Seattle, WA. In the picture with the interviewer: Lane Steele.

The fans had a chance to meet the band after every show in a meet & greet at the merch table. This was a great way to engage with the audience and build relationships with the fans. I assisted with the meet & greets and made sure that the artists had what they needed to handle fan relations.

It was interesting to see how well the meet & greets worked for a baby band. The band hustled to take pictures with everyone at the merch table and around the venue and signed promotional pictures. Their warm attitude won over so many fans during the tour!

The fans in Jerome, ID blew our minds! 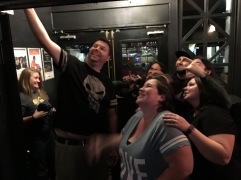 Meet & greet after the first show in Portland, OR

Working with artists on tour includes countless different situations and it’s impossible to prepare for everything in beforehand. Whether it’s assisting the band with their performance outfit and ear monitors before the show, finding a store to replace broken equipment, searching for specific food for lunch, solving a conflict, or just being there to listen and talk, tour managers do their best to keep everyone happy and satisfied on the road. How have you ensured the band and crew’s happiness on tour?